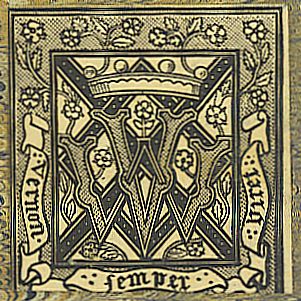 The manuscript bears the bookplate of George John Warren Vernon, it was auctioned by Sotheby’s on June 11, 1918 to Maggs for 4 pounds 15s.

George John Warren (formerly Venables-Vernon), 5th Baron Vernon (1803-1866), aided by auctioneers Payne and Foss, Lord Vernon built an important library, part of which later became the nucleus of the Holford library. The books and manuscripts not sold to Holford were sold by Sotheby’s in 1918, 1921 and 1928.