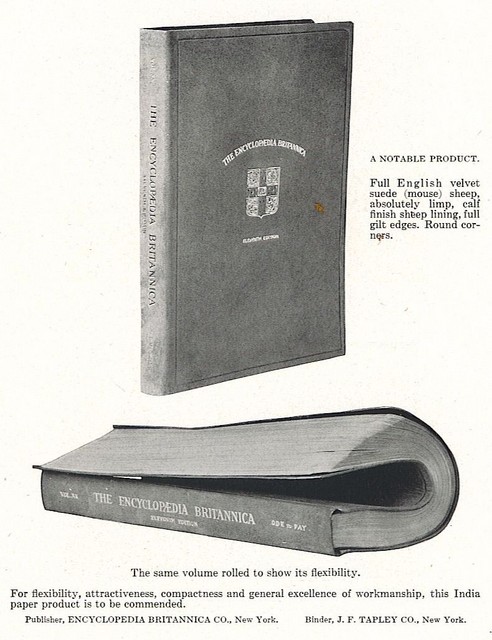 It is intended that the foregoing shall show the progress which is being made towards a higher average wage, and without doubt, the next few years will see still more advancement. But until the unskilled labor in the bindery, which is as a rule young men and girls, becomes trained, and during which time it is assumed they live at home, the real minimum wage must be kept below $9.00 per week. 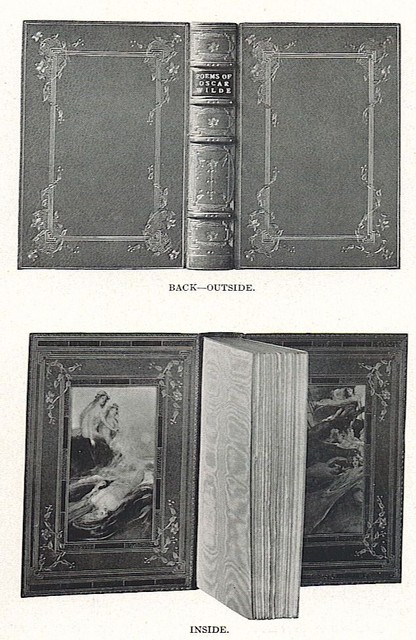 Employers have awakened to the fact that by protecting their employees’ health, and paying them the maximum wage for the class of work performed, they are gaining the best results. In some states, particularly in New York, cuspidors are provided and regularly cleansed, thus removing to a certain extent, the spread of tuberculosis which it has been known was prevalent in binding plants. In one instance at least, female employees are being provided with gowns and caps to protect their clothes and hair from the dust which floats around especially in the sheet department. Machinery is being better protected against accident and more attention is given to avoiding the operation of machines by unskilled labor where danger exists. 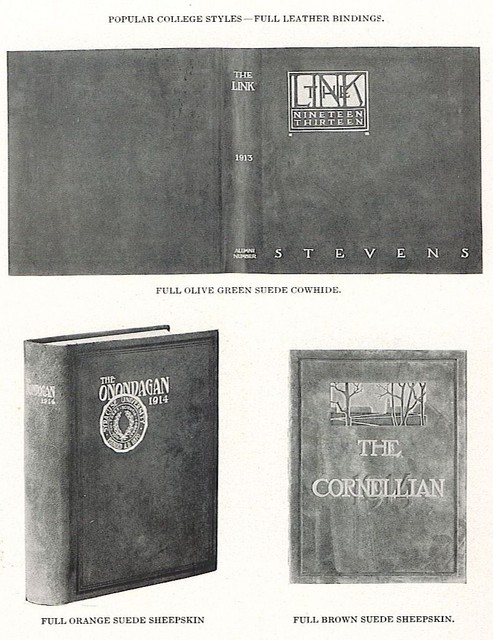 The old dingy factories in the cities, and even in the suburban sections, are passing, and the new cement-steel buildings, made as nearly fireproof as possible and with ample lighting facilities, are taking their places. It is known that the wearing of glasses, which was forced upon employees in these old style buildings, is gradually diminishing- -another evidence of progress. 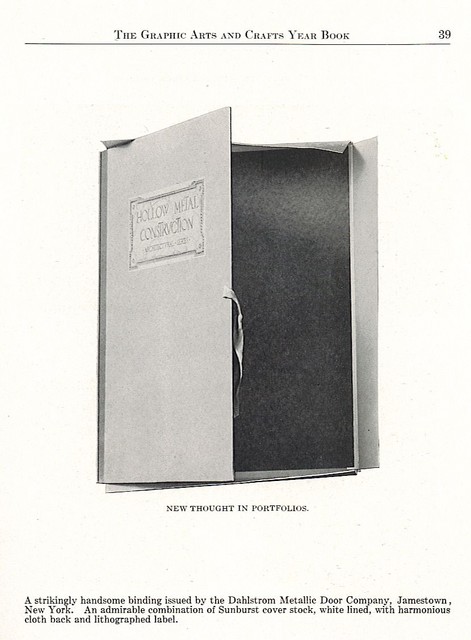 Never was there so much evidence of co-operation on the part of employer and employee; never so great progress in safeguarding the employees’ health and interests; in a word, never has there been such development in the betterment of the plants, as a whole, throughout the country. This in turn has influenced business and today the plant that is paying particular attention to these details is reaping the benefit, and will be found to be the plant which is steadily forging ahead. 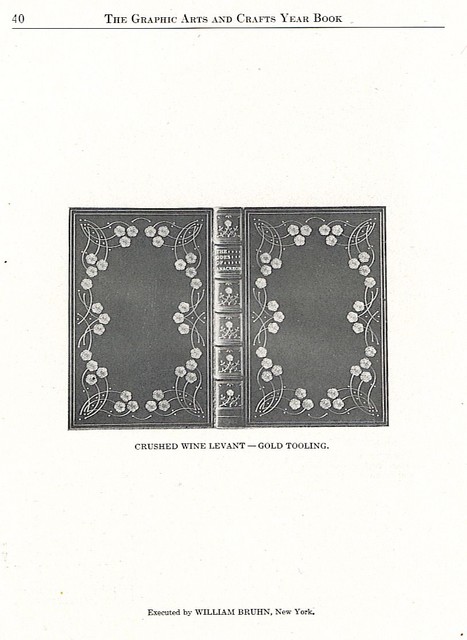 A marked change has taken place in the methods of securing and handling work. Not so many months ago, a binder worked from hand to mouth. There were the busy seasons and the quiet seasons; the good was taken with the bad. This has changed materially in the past year. Publishers formerly worked on the old “rule of thumb” methods. Little attention was given to the actual specifications under which their books were produced. So long as a book had an attractive type page, was printed on pleasing paper, bound with some semblance of attractiveness, held together long enough to satisfy the customer, and yielded a profit to the publishers, it was satisfactory. All this has changed. Today the publisher, that is, the wide-awake publisher, is following much the same plan as the up-to-date binder in standardizing, in demanding certain grades of material, and insisting that his books be bound along lines which have been found to be productive of the best results.

The American Library Association has done wonderful work in this line, and its committee on binding, with Mr. A. L. Bailey of Wilmington, Del., as chairman, is to be particularly commended. It has influenced several of the publishers to adopt specifications which investigations and severe tests have determined to be the best, and it has been productive of excellent results. These specifications will be mentioned later. 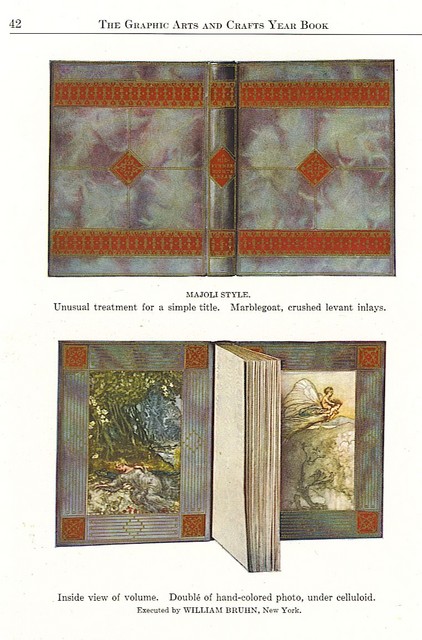 Much has been done to bring to a basis of uniformity, the various books put out all over the country with regard to size, make-up and general specifications for the different characters of work represented. Much attention has been given in the heavier bindings to the government specifications for buckrams, as well as for other cloths and leathers. The foremost publishing houses of today are reducing their publication list to standard units, or series, and instead of a conglomerate mass of perhaps 2,000 titles, all of varying sizes, they are now grouped into series as fast as they are republished, thus making for uniformity of records, reduction in cost of manufacture, and elimination of errors between printer, binder and publisher.
The majority of publishers formerly took no interest in the processes of binding, but simply asked for bids on so many pages, in such a cloth, and so much stamping. The lowest bidder secured the contract. No attention was given to impositions, grain of papers, and when a shortage occurred between the printer and binder, it was an occasion for general contention. It is gratifying to state that today the conditions have changed. The publishers of consequence are now employing men in their manufacturing departments familiar with the actual productive processes, and are standardizing not only their titles, but each individual process of a series. 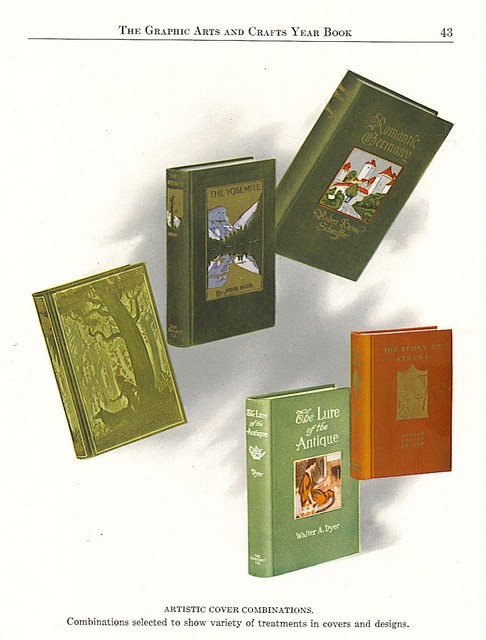